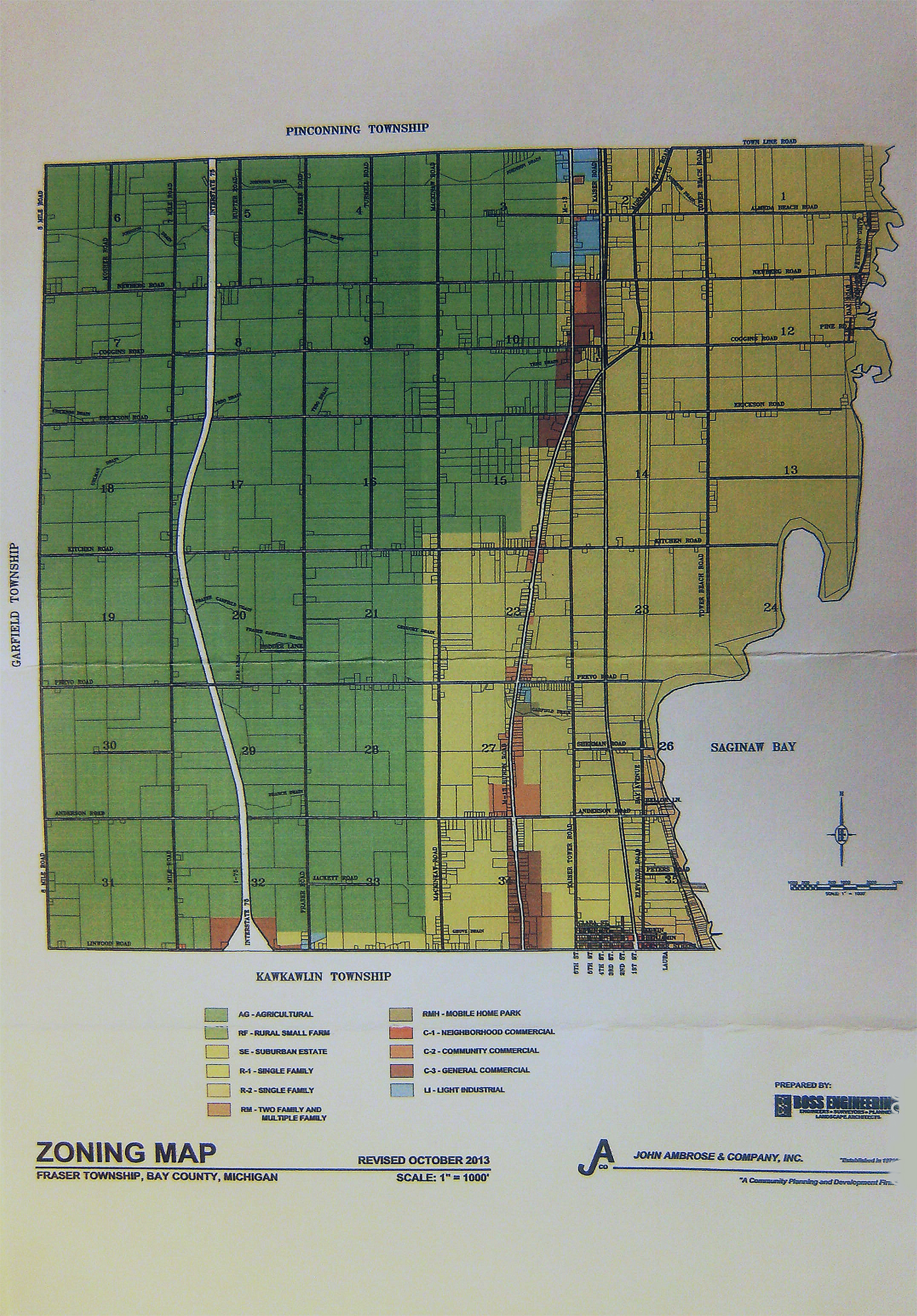 Fraser Township was first organized in 1875 when it became the tenth Township of Bay County and William Michie became the first elected supervisor on April 5, 1875. Historically, Bay County and Fraser Township evolved from lands originally controlled by the French and English, which were known as the Indian Reserve in the late 1700s. This area became the Michigan Territory in 1805, and later this area became part of the Northwest Territory from which the State of Michigan was established in 1837. However, prior to statehood, Michigan counties began to be established in 1818. in 1832, the area known today as Bay County was part of Oakland County, which ran from its current location in southeastern Michigan all the way along the Lake Huron shoreline to near Alpena. Bay County, which was established in 1857, consisted of two townships, Hampton Township and Williams Township, which was organized from portions of Saginaw and Midland Counties and all of Arenac County.

When Fraser Township was organized it stretched from the shores of Saginaw Bay to the west county line bordering Midland County, and it was the second largest township in Bay County. In 1886, the western portion of the township became Garfield Township. However, in 1885, prior the establishment of Garfield Township, Bay County took on its current boundaries and the last township to be organized in the county was Mount Forest Township in 1890.

Bay County's history is directly linked to its early abundance of natural resources. Its forests, rivers, wild life and its closeness to the Saginaw Bay were important factors in its early development and settlement. Fraser Township's early history reflects on the natural resources of the area as it was a source of timber during the lumbering ear in Bay County. The early history was also influenced by the Michigan Central and Detroit and Mackinaw Railroads that traversed the township with stations at Lengsvilie, Michie and Linwood.

The earliest settlement families were mostly of the French Canadian heritage, and farming became the primary source of subsistence when the land was depleted of most of its trees and lumbering operations closed in the area.

Today, farming remains an important economic factor in Fraser Township as does the Saginaw Bay